We had a massive rainstorm yesterday, first of the season.  It set records across the Bay area, according to the Chronicle: 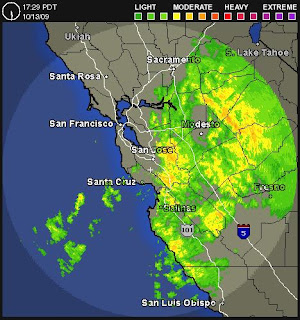 I truly learned the meaning of defensive driving, both on the way to work in the dark and late afternoon on my drive home.  Traffic was lighter than normal (people smarter than me apparently heeded the warnings to stay off the roads).  But there were flooded roads everywhere, and I kept feeling like I was going to skid.  This type of rain reminds you how dangerous a car can be and why you need to pay such close attention to the road and the other cars around you.


If you don't believe me, just look: 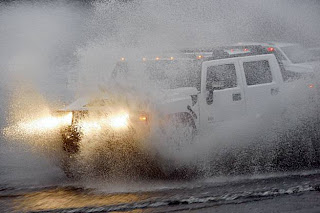 Not my car, of course, but that is what it was like out there.  Yikes.