Today would have been my father's 80th birthday, but he passed away just over four years ago.  So we will raise a toast in his honor today, and think of fond memories. 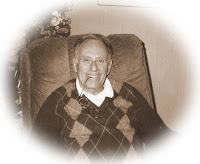 My father, Leonard, led a very interesting life.  His professional career was spent working as a historian and exhibits specialist with the Massachusetts Historical Society, the National Archives, the Library of Congress and the Smithsonian Institution.  I remember relying on him a great deal for his knowledge of historical events. But he also was lucky to be able to retire in his early 50s, and spent the rest of his life seeing interesting places (China, the Galapagos, Antarctica and many others).  I often lived vicariously through his descriptions of his travels.

When he was diagnosed with pancreatic cancer in his mid-70s, he called me on the phone and told me in the most striking way.  He said, "Imagine you heard about a man who worked a normal life, until his mid-60s, and then who traveled around the world for the next 20 years, and then died in his 80s.  You'd say - that was a man who lived a full life.  Well, that's just me, but 10 years earlier."  And through the 7 months or so of his illness, he never complained.    Quite the role model.