One of the most distinctive buildings in the world is found in the Bay area - the Transamerica Pyramid:

It's been in photos, movies, tv shows. If you see a picture of it, you are likely to think of San Francisco.

We were in SF the other day, early evening, walking along the Embarcadero on the waterfront. It was a cool, foggy day there (happy summer) and I looked over towards the Pyramid. It was hiding behind a building, but the top was just visible through the thickening fog,so I quickly snapped a photo: 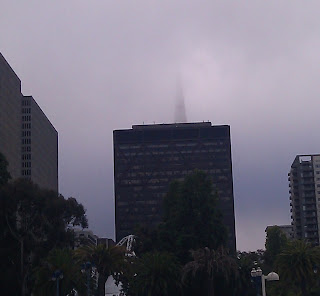 I saw how the fog was enveloping it,so I then took three more photos over the course of about 30 seconds, as the top of the Pyramid disappeared.  Look at the upper right corner of the building in front of it (best if you click on each one to enlarge). 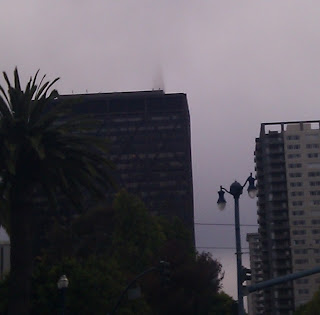 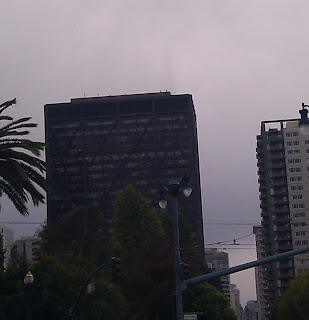 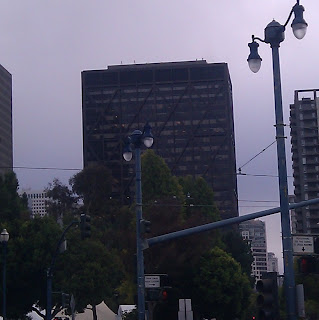