This watch is from the 1996 Olympics that were held in Atlanta.  It honors Edwin Moses, the great hurdler: 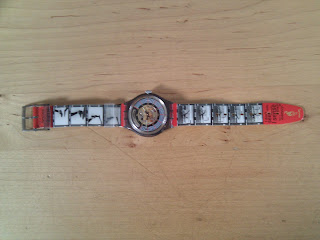 The band has a series of photos of him in sequence jumping hurdles, and the face has a "WR" for world record, which he set four times: 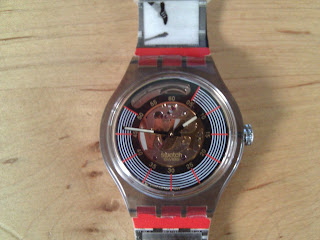 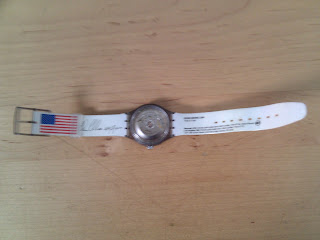 My favorite part is, however, is on the bottom of the strap, where it says "I don't really see the hurdles. I sense them like a memory." 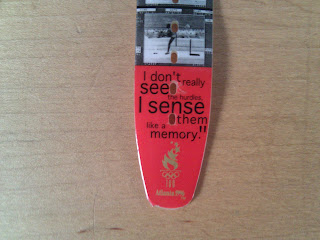 One of my favorite watches.
Posted by jsf at 5:00 AM