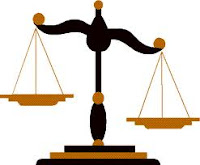 Former Illinois Governor George Ryan is currently serving a 6 1/2 year prison sentence for corruption in office, and is not scheduled to be released until 2013.  He recently sought to have his conviction set aside based on a Supreme Court decision involving former Enron CEO Jeffrey Skilling.  As part of that motion, he requested bail, asserting as a primary reason that he recently learned his wife of 50 years is dying of cancer.

The trial judge who had sentenced him denied the motion to set aside his conviction.  She wrote a long, detailed ruling explaining why he was not entitled to have his conviction reversed based on the Supreme Court.  Since she ruled on the merits of his motion, she also ruled that bail was not appropriate, and denied that request as well.

But her language in discussing the bail motion was pretty harsh:

Ryan has also moved to set bail pending the resolution of his § 2255 motion. (Mot. to Set Bail.) Ryan submits a number of factors for the court’s consideration on this motion, including, most recently, the sad news that his wife of more than fifty years is suffering from a terminal illness.

The Ryans’ advanced years and their obvious devotion to one another were significant to the court at sentencing and remain so, and the court recognizes that Mr. Ryan poses no risk of recidivism nor danger, were he to be released.

In deciding a motion for release of an individual who has been convicted and sentenced, however, the most relevant factor must not be his or her personal circumstances, but instead the likelihood his § 2255 motion will succeed.  . . . .

This court takes no pleasure in depriving any defendant of his or her liberty. The court has had the painful duty to take such action in circumstances more compelling than these—where a young defendant with little education or resources is the sole support of small children, or is the only caregiver for a disabled relative, for example. Any sensitive judge realizes that a lengthy prison term effectively robs the convicted person of what we all value most: months and years with loved ones, some of whom will no longer be there when the sentence has been served.

Mr. Ryan, like other convicted persons, undoubtedly wishes it were otherwise. His conduct has exacted a stiff penalty not only for himself but also for his family.. . . .