So much of the news is bad; I like it when I come across good news.  This story in the New York Times caught my attention because it has a touching story about a high-school coach suffering from a terrible illness and one of his athletes struggling mightily to reach a goal for him. 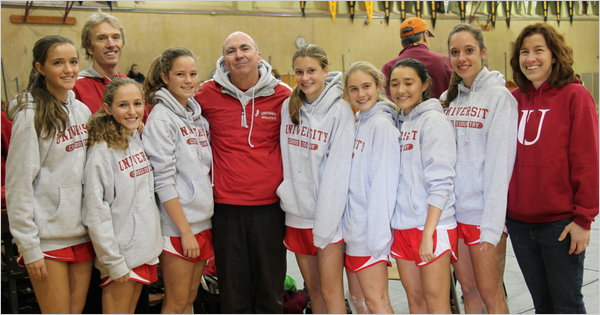 Robin Hauser Reynolds
Coach Jim Tracy with his University High cross-country team. Tracy's health has deteriorated visibly this season, but he kept coaching the team as it won its eighth state championship.

SAN FRANCISCO — A top runner who hits the wall. A coach with a cruel illness. A state championship at stake.