The repeal of DADT

The U.S. Congress yesterday repealed the idiotic "don't ask, don't tell" policy imposed on the U.S. military by none other than Bill Clinton.  This is a historic, but overdue, step, and one that should be entirely unnecessary.  It is 2010, for God's sake.

My daughter told me that she heard someone say, when Prop. 8 was passed in California, that those who voted for it were "living on the wrong side of history."  Yesterday the Congress moved one step closer to the right side of history, though it appears most of the Senators from the south don't get it yet: 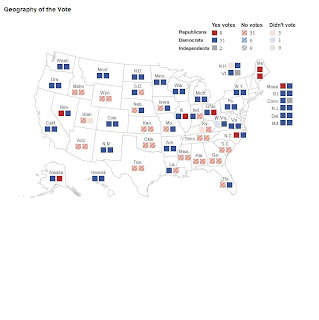